When Evan finished his first semester of—official—nursing school, I did a little celebratory dance for the occasion.

And—of course—I watched the video over and over, because I’m addicted to that laugh. The beginning of this journey feels like so. long. ago. Because it’s been a really long journey—this whole Evan-in-Nursing-School thing. He has worked nights at a local restaurant to make it all work financially. He has pulled multiple all-nighter to study, write, and make it all work academically. He has been there for me as a husband, friend, and teammate. I’m amazed and impressed. And SO PROUD.

So for the end of his LAST semester in nursing school, I had an idea. On a trip with Allison, I told her about my idea to lip-synch a mutually beloved Drake song for Evan. Her response: “Well, obviously, I should do the Nicki Minaj part.” [this—and many more reasons—is why I love her so.] So we proceeded to have a weekend in Jackson where I relived my best middle school sleepovers and recorded MANY music videos. [the best. the funniest.]

So we went for it. And then we thought, “Maybe this would be even MORE fun if we asked some of Evan’s friends to participate.”

Evan was officially done with classes on Thursday and we were both just so ecstatic. Ev had to work Friday night, so I set it all up. I wrote on our chalkboard, “YOU DID IT!” I left him a card… 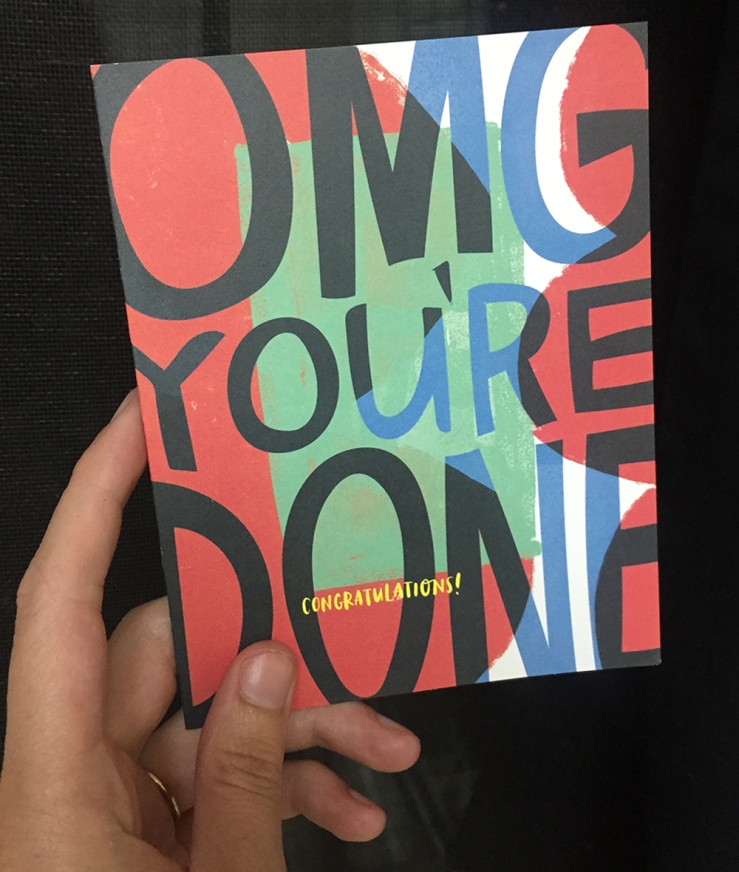 …with a bottle of whisky. The card included the reference, “I want some whisky!” which was from the night Evan found out he was accepted to Montana State University’s accelerated nursing program. A bookend bottle of whisky. [note: that post ALSO includes a strong Drake reference.]

But I fell asleep on the couch. And could not be awoken. It was a long day!

So the next morning, I was shakey and excited and nervous and just wanted to show Evan this video. This ah-mazing video that our friends made so incredible.

So we were drinking coffee and I said to Evan, “Ohhh noooo… shit! I just got some bad feedback on a video I’ve been working on for FIB.” [lies.] [also, FIB = First Interstate Bank… a regular client.]

He was bummed for me. [gotta love him.] I asked if he’d watch the video with me and tell me what he thought of it. He stopped working on bikes to gladly watch. I set up my computer to secretly record on the coffee table [black tape over the Photobooth light, brightness turned alllll the way down so the screen is black… you’re welcome].

Oh my goodness. That laugh. So much of that laugh. Worth all the late nights. All the hard weeks. All the shitty months. All the alone togetherness. All the tears. Worth it.

I love it. I love him. I love this laugh. I love this video. Don’t even try to make me stop watching it thousands of times over.

View all posts by Rachel Stevens

1 thought on “my favorite laugh.”