As I said before, there are moments [strong, strong moments] that I want to remember from the time surrounding my accident. The night we came home from the hospital, I don’t know if either of us thought we would ever sleep. Evan and I were both so exhausted, but as my face began to swell and blacken more and more and the adrenaline wore off and reality set in, there were questions and what-ifs and words-you-need-to-say that could have kept us up all night.

Instead we said almost nothing to each other and both tried to get as much sleep as we could, with almost no avail. I fall asleep on Evan’s chest every night, but since my face was insanely broken and tender, my body was at a loss as to how to fall asleep. So, I took another pain pill and slept for a few hours. Evan spent most of the night awake wanting to comfort me, hold me, without hurting me.

We both tossed and turned the morning after, trying to get more rest, and not knowing what to say to each other. Evan left the bed for some time and then came back when he saw that I was sitting up a little. He had been watching me with everything he had since right before the accident; catering to my care. Evan got into the bed and I saw him pause as he tried to figure out how to hold me, how to be delicate. I told him, “come here” and I brought his head to my chest, so that I was holding him and my face was clear from contact.

And maybe it was the lovely oddness of our reversed embrace that spurred it, or the inevitability of holding it together for too long, but Evan broke. And for the second time ever, I saw him cry. I didn’t actually see it; I felt it. He sobbed into my chest and said only, “I was so scared. I thought you could be gone.” We held each other. We comforted each other. We affirmed each other that we are here. Not gone. We are here.

[side note: evan finally got some well-deserved sleep right after this and I think he slept for five hours straight. a friend texted his phone asking if he could come drop something off; I replied for the sleeping boy saying, “sure!”… when our friend knocked, I opened the door with my busted manatee face and told our confused friend, “shhhh… evan’s sleeping… he’s beat.”]

The next few days were physically miserable for me. My arms were too sore to lift above my head, one of my eyes was swollen shut, and my top lip had tripled in size from biting through it. Beyond that were the expected pains of having a broken face and recovering from a serious head injury. I couldn’t even bathe myself.

Evan didn’t flinch when I expressed wanting to clean the blood out of my hair and wash my body. He prepared a bath and helped me out of my clothes and into the tub. It was hard not to feel demoralized. If you pride yourself on any ounce of independence, getting a sponge-bath is a hard blow. But Evan rejected all awkwardness and instead exuded an attitude of, “why would this be weird? you’re doing great; you’re beautiful; I’ll give you sponge-baths forever if you need.”

We got through those days, those weeks, these months, and clung to each other a little bit closer each night.

I never want to forget that love. This love.

A week ago Evan was in a pretty bad avalanche while skiing in the backcountry.

He’s fine. He is incredibly lucky to have walked away.

I started writing a play-by-play of what happened… and then me finding out… and then my unfolding of feelings… but it was too soon. Too much.

Evan wrote a summary of the 500ft tumble for the avalanche center.

It was insane to have this person, this love, who I needed to help feed and bathe me so recently, barely survive this day.

There have been many numb moments since. When he told me the news over the phone [crying for the third time], I hung up and turned off the music and shut the computer and poured myself a tall bourbon. But then I just sat there in silence for about an hour, not touching the drink. Numb.

And then there are times when we let ourselves get caught up in the what-if game again. Tears. Apologies. Words. Embraces. Love. Whiskey.

His birthday is such a perfect time for me to reinforce my happiness that he is here… alive… part of this world. Life, once again, became a question we hadn’t asked and Evan answered with a vehement, “YES. I want to be in this world.”

And then I feverishly agreed, “YES. Be here. Stay here. I want you in this world.”

Life and love is still something I’m trying to figure out, but I know I want a lot of both.

A lot of both with this guy… 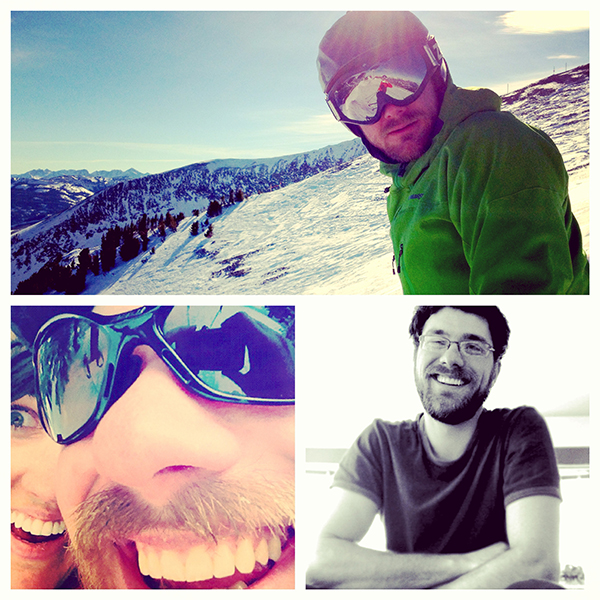 Evan, Anna Davis said it best when she said you are “just the best.”

I SOLD ALL OF OUR SKIS!

And here are some songs for a kitchen dance party later:

Maybe we should include a dance-off competition in this year’s Eye Patch Olympics:

Okay, and also this video is for you because it’s the best thing in the world and I bet you haven’t seen it yet.

[happy birthday! so much love. let’s be alive.]