Days late and dollars short, but here ye be…

Oh, the Black Keys.  They are every boy you wanted to date in college in one band.  And instead of going dutch on a Taco Bell late dinner, they’re seducing you in every Urban Outfitters you step in with their hip-swiveling music.

[and they make rad, hilarious videos…]

Okay, okay… This album came out in 2009… technically.  BUT it wasn’t really introduced to the States until 2010 and it is awesome and I think Florence needs some rekignizin’, so, blam: she’s on the list [with her machine].  Almost every song on here is “ride around on your bike in the sun, daydreaming” worth.  “The Dogs Days are Over” was totally ruined by an unfortunate placing in the “Eat, Pray, Love” trailer, but I’ll forgive and someday forget.  Florence has said that she writes her best music when she’s drunk.  Man.  That is WAY better than what we have to put up with from most drunk people…

Also, this album should be on here solely for all the incredible remixes it produced this year…

To represent my TwentyTen love for pop music, I present my number eight… Cee Lo Green.  This man is a grandpa, did you know that?  And he’s making every American, young and ancient, want to yell, “F*ck You!” while bobbing their head along in unison.  That takes some kind of good music.  No denying.

[and then a band of horses cover… that’s right.]

This whole album make me feel like I’m dancing in a dark club with a bunch of strangers… and I like it. 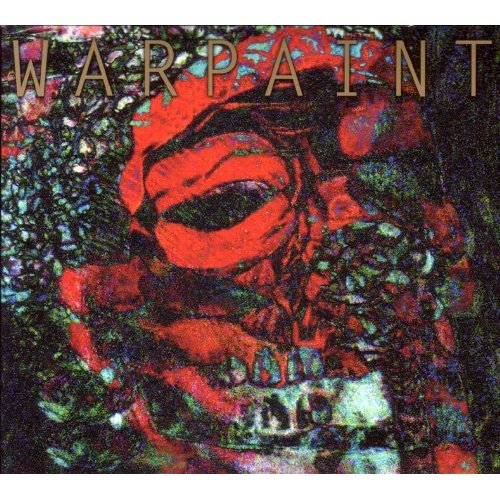 Warpaint surprised me by kissing me on the lips late in the year.  I didn’t even know they existed and then there they are, laying in my bed, being so sweet, I can’t turn them off, I can’t kick them out.  And just when you think there’s only one jam that they have going on, they surprise you with another one on the album.

There’s no denying these guys are doing it and doing it well.  Any band that can rock out hard on a banjo while not playing “do your sister music”, is alright in my book.  I hope to hear and see more of Mum & Sons in 2011… hopefully still rocking the early 90s outfits.

And I know you’ve all probably heard this song… but have you watched the video?  Because it only takes one watch to appreciate this band…

Everyone who hears this album wishes that it would’ve come out when they were in high school so they could played it, loved it and just pissed their parents right off.  Or at least it transforms you to a place where you want to have someone that you can rub the wrong way with this album… because you think that’s what they’re going for… and you like it.  Well, I like it.  I like it a lot.

[for a tad of a softer side of sleigh bells, try…]


[THREE] – LCD SOUNDSYSTEM, “THIS IS HAPPENING”

It’s no surprise that some of the best songs made this year were closer to 10 minutes than 2… because they were done by LCD Soundsystem.  And even if those rad songs were made that long only to make mini-feature films about the twisted plight of a robot, we just don’t care… because, well, those films are freaking awesome as well…

Oh, Best Coast… you are ALMOST the best.  You’re so dreamy, a bit edgy, upbeat, wait… wait… now, downbeat, ugh… you’re so great.  Listening to this album makes me want to get ready to go surfing and then surf for five minutes and then crash hard and then lay on the beach all day with my surf board right next to me… listening to this album.

Arcade Fire is one of the best bands of our time; there’s no denying it.  And with this album, they made more than music, they made a story.  Flip through the songs on your iPod, and you’ll see the album cover change colors slightly, setting the mood, making the story [magic].

The whole album deals with the theme of growing up in a sheltered, cookie-cutter home and having to make up our own world for the world… but then when the real world happens and darkness sets in, it’s not what we had in mind… not what we had made up.  Tragic, even.  Something that [almost] everyone had to encounter at some time in life and I think Arcade Fire is a compilation of geniuses for putting it to music.

And I love them for the way they’ve chosen to tell this story further.  Like getting Spike Jonze to direct a video of the song “The Suburbs”

And coming up with an amazing online, interactive experience called, THE WILDERNESS DOWNTOWN.  [if you haven’t checked that out yet, what are you waiting for?]

Arcade Fire was a favorite before this year.  I didn’t think they could get much better than “The Funeral” [2004]:

But they did.  They Did.  Putting “The Suburbs” as my top album for TwentyTen… maybe ever.

Y’all have a good, musical Twenty’Leven now, ya hear?